What are the modes of Translation before, within and after Language? 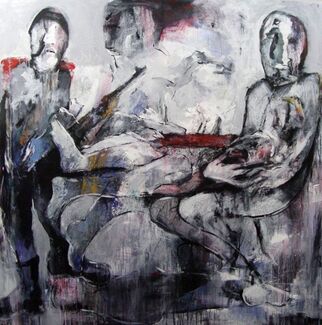 ​The artist knows this best.  A poet translates the dancer's movements provoked by the musician's rendition of a painting depicting an infinite array of possible elements each moment represents.

Art is translation that cuts across cultures and geographies, communicating feelings and contexts from the very same mediatory ground innerdance is always at work.
​
The Russian-American linguist Roman Jakobson understood Translation in three different ways:

1.) Intralingual Translation - refers to how we transfer meanings using words from the same language.  It means to put meaning in other words.

The Theory of Translation expounds how consciousness transfers and transmutes meanings from one place or dimension towards another.

Brining Jakobson's two models together (The 3 Types of Translation and The 6 Functions of Language) Intra and Interlingual Translations take place in numbers 1 and 2 (Context and Message). Between and within verbal languages, meanings are transferred and transformed through word exchanges.

Intersemiotic Translation takes place in numbers 5 and 6 (Channel and Code).  Meanings are transferred in the non-verbal.  Rather, transmutations take place between our many human sensory registers: sound, image, movement, touch, pressure, numbers, electricity, magnetism, pain, pleasure, color, shape and so on.

The innerdance facilitator, in conducting the above semiotic systems, is a translator, facilitating movements between the senses and dimensionalities. Each dimension is a profound system unto itself. The particular dimension the facilitator holds is inter-dimensionality itself, the place of intersection where meanings collide, converge, condense and then emerge from.

Though there might be so much stress on music as innerdance's primary study element, the work of healer and energy facilitator equally honors the other systems which sound merely makes more sensible.

Roman Jakobson was one of the key figures in Russian Formalism, a school of thinking that thought of the importance of Language Forms, which contrasted with the schools of Linguistics that focused on Language Meanings. To Roman Jakobson, Language Form is involved with Acoustic Phonetics (or Sound-as Form), rather than Motor Phonetics, which is involved with grammatical, syntactical and visual representations of language forms.

Jakobson wrote, "when I speak, it is in order to be heard."  He also wrote "acoustic phonetics, which is developing and increasing in richness very rapidly, already enables us to solve many of the mysteries of sound, mysteries which motor phonetics could not even begin to solve."

Today, acoustic phonetics studies sound wave signals that occur within speech.
Translations from Time to Space, Space to Time happens when people oriented towards one, moves to the other and vice versa.  When we speak at the same time, in universal thoughts from a shared historicity, so do we find a way of communicating equivalences (equal values) generously shared, completely heard.