In Asia, myth tells the tale of a lost continent submerged in the oceans called the Land of Mu. The 12th letter in the Greek Alphabet, the Mu Wave is also a set of synchronized pattern of electrical activity in the part of the brain that controls voluntary movement.
Here are the interesting aspects about the Mu Wave:
​
1.) The wave oscillates at 7.5 to 12.5 Hz, and are most prominent when the body is physically at rest.  This range of frequency is similar to alpha waves which rests at the visual cortex at the back of the scalp.  The Mu Wave happens instead over the motor cortex, in a band approximately from ear to ear.

2.) A person suppresses mu rhythms when he or she performs a physical movement or, with practice, when he or she visualizes performing a motor action. This suppression is called desynchronization of the wave because EEG wave forms are caused by large numbers of neurons firing in synchrony. The mu rhythm is even suppressed when one observes another person performing a motor action or an abstract motion with biological characteristics.

3.) The primary researcher on the mirror neuron, V. S. Ramachandran and his colleagues have theorized that the above shows the mirror neuron system is involved in Mu Sensorimotor Rhythm suppression.
​
4.) Since a group of researchers believe that autism spectrum disorder (ASD) is strongly influenced by an altered mirror neuron system and that mu rhythm suppression is a downstream indication of mirror neuron activity, many of these scientists have kindled a more popular interest in investigating the mu wave in people with ASD.
During the innerdance's involuntary movements, the MU Wave is released both in rest and active states. This stimulates autistic behavior such as very repetitive hand (and rest of the body) movements, head rolling, body rocking.  Similarly, the same difficulties in social and communication situations arise. People are unable to express in language or be around people.  The same heightened sensitivity to social stimuli occur, often lasting hours after a workshop, despite how many times they attend processes.
In deep trust, autism spectrum opens wide ranging symptoms from dysfunctional childlike phases to the remarkable abilities of the genius savant.  Uninhibited individuals are suddenly able to perform tasks unfamiliar to them - in memory, art, music, dance, yoga, singing, writing, mathematics and speech.

Additional dialogues and research are needed to understand the desynchronization of the MU Wave in the innerdance.  During the rehabilitation efforts after the Nepal earthquake that happened in 2015, I was asked by some parents of the Kathmandu autism school to work on the children.  I told them I was not willing. The children did not need it as they are already always in the innerdance states.  Instead, I told them I wanted to conduct an innerdance for the parents - I wanted to let them see what happened in the minds of their children.  It was a spontaneous and noisy environment, and I only had a chance to work on a few parents' bodies.  Many of them walked away that day nodding their heads, speaking "now I see.  Now I understand." 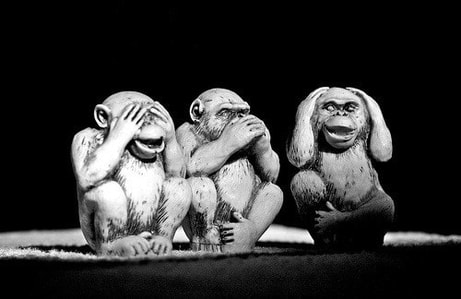 We are asked to disinhibit the mimicry, the empathy, the borrowing process that humanistic metaphor brought to the our minds that make us what we are today.

We pay gratitude for the Mirror Neuron that innovated Memories, Stories, Structures that have allowed us to get to this point. As we move to new dimensionalities; as the controlling mind relaxes and lets go, the MU Wave is uninhibited and wakes up to its own child-like genius.  With our confident strange wisdom, we dive into the Looking Glass, knowing not knowing what is to come, it is good.